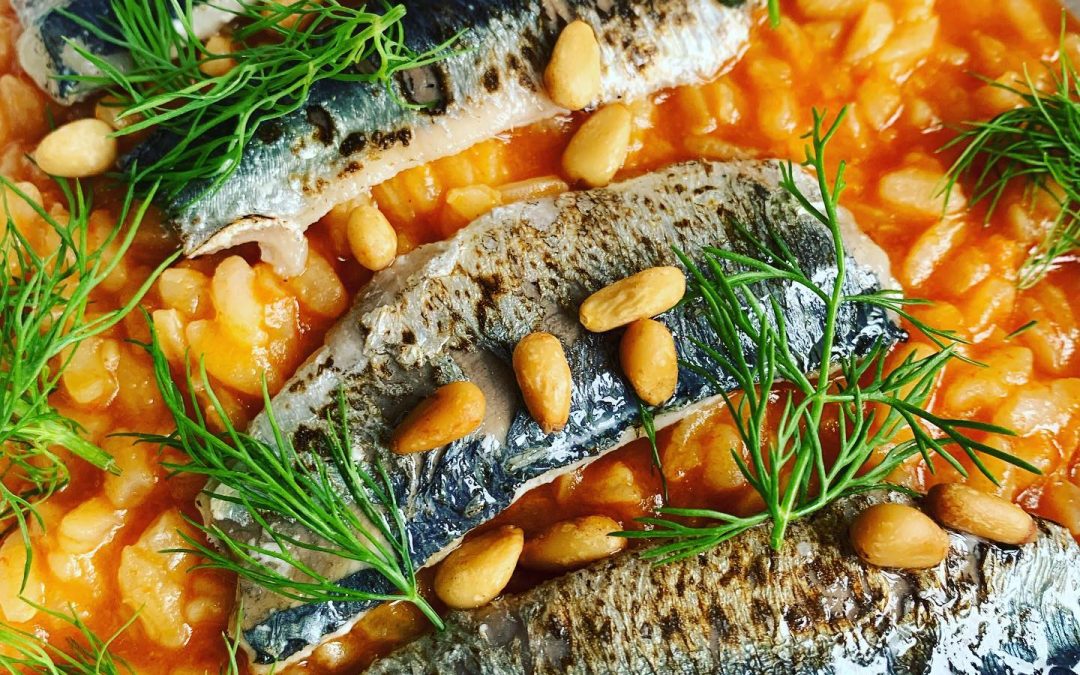 Let’s not fool ourselves: one of the things we like most about the Spanish Mediterranean coast is its cuisine. The Mediterranean diet is recognised as Intangible Cultural Heritage of Humanity by UNESCO since 2010 due to the quality of its raw ingredients, the variety of its dishes, its history and, naturally, because it is so healthy.

Our appetite is whetted, so we are going to take a walk around some of the best restaurants in the city of Valencia. There are restaurants for all tastes. All you need is something we have plenty of: passion for food!

If something works, why change it? Tradition always works, and if we take into account the raw ingredients in Valencia (fish, seafood, vegetables), it is a safe bet!

The dishes of a lifetime cooked like never before. The typical Valencian paella, prawn and cuttlefish fideuá, grilled squid, Pedrosilla chickpeas… the quality of the produce is what stands out in the dishes at this restaurant led by chef Tomás Arribas. Oh, and it has over 500 wines on the menu!

The El Cabanyal district has one of the most traditional taverns in Valencia. Casa Montaña was founded in 1836 and is all about tradition and quality. Don’t miss the dry-land spicy potatoes from the Montes Universales, the michirones (bean stew with chorizo and bacon), the ajoarriero (fish with garlic and spices), and the Mediterranean bluefin tuna marinated in seven spices. It is not cheap, but it is totally worth it.

Tasting the tapas at Bar Ricardo in the historic centre of Valencia is a real treat. The team has been working there for three generations (since 1947), and it shows in the care they put into the produce. And if you do not believe it, try the All i pebre tapa, made of eels and potatoes. And then tell us all about it!

Valencia is tradition, yes, but it is also very cosmopolitan. (No wonder many foreigners choose this place to live). And that is reflected in its gastronomic choices. These are just three of the international restaurants that we love the most.

Who said that real Neapolitan pizza is only made in Naples? At the entrance of La Gatta pizzeria, there is a sign that reads: “Here you will find the authentic Neapolitan pizza, recognised by UNESCO as Cultural Heritage of Humanity”. How to resist temptation, right? We would put their stone oven on a pedestal for making such an amazing margarita pizza, with fresh bufala mozzarella.

We are not big fans of categorical sentences, but if Platero Utopic Food has the best burger in Spain, it must be said, period. At least that is what they said at The Champions Burguer contest, which awarded them this recognition in its last edition. What is in it? Spiced beef with double cheddar cheese, smoked bacon, grilled onion and crispy onion, and two sauces: barbecue and a homemade one. Chef Alejandro Platero is our favourite person in the world.

Every major city should have a Japanese restaurant that causes a sensation. In Valencia they have Nozomo Sushi. Their philosophy should be hanging on the wall of every house (“Japanese cuisine is not a fad, it is a lifestyle”), and I wish we also had their tasting menu at home. If in Japan they eat like this every day, they must be very close to absolute happiness.

We cannot forget about the brightest minds in the class. The Michelin Guide does not overlook Valencia, and more and more restaurants in the city are receiving the famous star! Tasting them (at least once in a lifetime) should be prescribed by doctors.

Every fine cuisine lover has heard of Quique Dacosta. With two Michelin stars, his restaurant in Valencia is led by Luis Valls, the person in charge of bringing the environment and flavours of the Albufera to the kitchen. According to Michelin, “a modern Valencian cuisine indebted to its roots, always presenting fine textures, powerful flavours, the best local produce… and even some reinvented sausages that, undoubtedly, will not leave you indifferent”. Well, the stars are well deserved.

The restaurant of the chef of the same name, located in the art centre of the former Bombas Gens factory, also has two Michelin stars. Their speciality is local cuisine with fresh produce such as organic artichokes, smoked eel, monkfish, white asparagus, citrus fruits, organic tomatoes, tuna belly… Critics highlight the variety of spaces (a garden terrace, a large reception, a private bar, the dining room with the kitchen in view…) and the sauces. Who does not like sauces?

With a Michelin star, La Salita has earned a spot on the list. Led by chef Begoña Rodrigo, she defines it as “a place where you don’t just come to eat, you also come to have fun. An intense restaurant, with colourful and elegant dishes”. Begoña has been to Amsterdam, Mozambique, Thailand, the United States and London, and it shows in the personality of her dishes. We recommend the ‘La Rodrigo’ menu, which includes the most iconic recipes such as pickled cauliflower maki, parsley and squid with citrus beurre blanc.

The name literally means “it happens” and we love it, because a lot of things happen in this restaurant run by chef Miguel Ángel Mayor. First, the impression of the surroundings: the underground floor of the historic Caro Hotel in Valencia, with the remains of the 12th century Arab wall. And then, a trip to the past, because here are the flavours of the Romans and Arabs who lived in Valencia, such as pickles, dates, honey… or garum, a flavour enhancer created by the Greeks by fermenting fish entrails. Mixed with wine, vinegar, blood, oil, water or pepper, it was mainly used by the upper classes to season food. You have to try it!

A German cooking a creamy rice, shrimp or pigeon? Yes, and you will never guess how he does it! Chef Bernd H. Knöller has a Valencian and innovative soul, because he is constantly reinventing himself. He makes Mediterranean cuisine, yes, but with a vision that is free of constraints. What we like the most is the jazz music he has chosen to play on the sound system, and, of course, the fish and seafood he buys at the fish market auctions. At Michelin they recommend the pork ear, egg yolk, corn and chard, the sole and sunflower, or the pumpkin and orange almond ice cream. You will have to take the advice!

And the most voted is…

I’m sure this post has whetted your appetite. Visit any of these restaurants and tell us what you think. At Sonneil, we love to share the best of the Costa de Valencia with you.