Moving to spain with kids 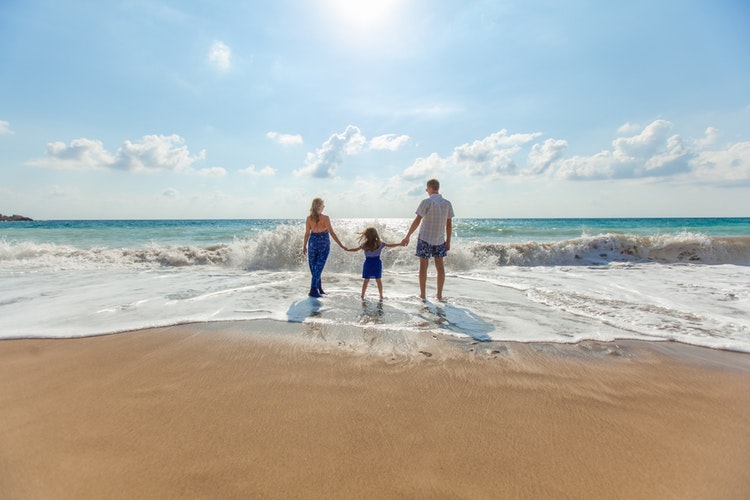 Making the move to Spain is a dream come true for many people. However, it comes with its logistical challenges. This is especially true for families, for whom the extra consideration of schooling and activities for their children must be taken into account. This being the case, Sonneil has composed the following guide to help navigate the tricky terrain of settling down in Spain with a family.

Once you’ve made the move to Spain with kids, it’s important to try integrate into the community as quickly as possible. As anybody who has ever moved to another city – or even just another neighbourhood – will know, the process of integration that follows is usually driven less by the parents and more by the children.

Starting a new school, with all the socialisation and extra-curricular activities that go with it, is the most guaranteed way of integrating the entire family into the new environs.

The exact same applies for families making the move further afield. And while a move to Spain might be more daunting overall than moving within the UK, parents will be relieved to know that despite some differences in culture and, of course, language, the Spanish education system is broadly similar to that of the UK.

Pre-school in Spain is divided broadly into two stages, based on the child’s age: nursery schools (guarderias) cater for children from around three months up to three years old, while kindergarten or infant schools (escuela infantil) are for children from three until six. The first cycle of pre-school is not provided for by the state, hence parents have to pay out of their own pocket.

This will cost in the region of 300 euros a month.

The good news is that after that the option exists to avail of Spanish state public schooling which is free for the rest of your child’s school-going years, although private school options are also available. Though pre-school is not compulsory, it’s common: The OECD reports that Spain has nearly full enrolment in early childhood education, with 95% of 3-year-olds and 97% for 4-year-olds enrolled.

It is worth noting that the availability of pre-school in Spain is not always widespread; it depends on the area, particularly for state schools, as well as the demand. Often it can be quite difficult to find a place for your child.

Placing your infant in a nursery not only ensures a safe environ for them if you need to go out to work, it will also provide a deep immersion in Spanish culture and language from the earliest age.

It is not uncommon to see babies as young as four months at guarderias. Because of the country’s sizeable expat community, there are English language nursery schools in Spain in some areas, particularly in the major cities or the Costas and Islands.

There are also private, fee-based nurseries and these generally cater for children aged two to six. Sometimes these are attached to primary schools, in which case children can just transition into their formal education.

There is a reasonable amount of flexibility in terms of hours of attendance and parents can choose mornings, afternoons, full days or just a few days per week. Schools sometimes also provide transport between home and schools.

The first step is to evaluate the type of nursery to choose. There are public and private nurseries. However, choice is often limited by availability, meaning that if all the local state-funded day care centres are full, there will be no option but to go private.

In the case of public nurseries, the prices that have to be paid depend on the parents’ financial circumstances, meaning many families pay considerably less that the 300 euros-a-month maximum rate.

Unlike with nurseries, pre-school, which begins at age three, is provided free of charge by the state. During this cycle, children are introduced to the subjects that they go on to study in primary school. As such, pre-school teachers must hold a master’s degree with a specialisation in Early Childhood Education or an equivalent degree.

In terms of educational outcome, no rigid targets are set in pre-school with the focus generally being on project-based learning.

Most pre-schools offer an adaptation period at the start of term and it is not uncommon for school to last only 30 minutes on the first day. It then slowly builds up to the full day which, in most, but not all regions, is from 9am until 2pm. Be sure to check the timetables of the schools where you are considering moving to.

Both nurseries and pre-schools in Spain must comply with a series of hygiene, health, safety and accessibility conditions that are required in order to obtain an operating licence. In the case of pre-schools, their facilities must meet a series of requirements including an independent entrance from outside, an area of ​​two square meters for each student per class, an accessible toilet, an exclusive playground with a minimum area of between 60 and 75 square meters, and adequate space for the preparation of food and toilets for the staff separated from those of the students.

Pre-school is highly recommended, particularly if your children are going to continue with a state education. After one or two years they will be integrated into the local community and will have learnt Spanish in preparation for primary school.

You can get a list of the state schools in your Spanish town from the Town Hall or Local Education Centre.

You can register your child with a state school once you and your family are registered as residents at the local town hall. The local authorities will require the following documents:

Although the performance of schools in Spain is not publicised, each area has a central office where you can ask which schools in your area are performing the best.

Try to organise your move to Spain before the next school year begins, so they can begin at the start of the semester. In fact, most schools in Spain confirm students’ attendance for the following school year by March.

If you are moving to Spain after your children have started junior school they might need additional Spanish lessons and, depending on their age, may be put into a class with children a year younger, to enable them to catch up.

Primary schools in Spain teach the Spanish language (Castilian) maths; science and social science as well as foreign languages, arts education and physical education. In autonomous regions with their own languages – like Catalonia/Valencia (Catalan) or the Basque region (Basque) classes will also be taught in those languages.

In these areas students must study the Co-official Language and Literature, however, depending on the age at which your child begins their schooling in Spain, they may be able to seek an exemption from sitting tests in the local language.

Educación Secundaria Obligatoria (ESO) is free and compulsory education that consists of four academic courses usually taught between the ages of 12 and 16 years old. As is the case in the UK, children then have the option to leave school entirely.

Those who choose to remain on in education now enter the Baccalaureate stage that goes from 16 to 18 years old and prepares young people to access university or vocational training at a higher level.

It is taught in the same institutes as the ESO and consists of three different modalities (sciences, arts and humanities and social sciences) that are chosen according to what the student wants to study in the future.

There are three types of secondary school in Spain: public, private and Concertado schools.

As is the case with primary schools, state-funded secondary schools are financed and managed by the government with the help of local administrations in each area. Most of these centres teach all levels of education – pre-school, primary, and secondary – although some centres delegate the higher cycles in public institutes.

They have limited places and in order to access them you have to meet a series of requirements established by the Central Administration (proximity to housing etc). Therefore, parents can submit an application to the school of their choice, but acceptance will depend on whether their circumstances meet the established criteria.

These are private schools that are subsidised to a great extent by the Central Administration. They have freedom of management but must meet certain conditions established by the government such as a limit on the number of students per class, dates, admissions, etc.

You can expect to pay in the region of 100 – 200 euros a month for a place in a concertado school and the common perception is that the education received in them is better than in public schools.

As in the case with private primary schools, these are financed exclusively by the parents of the students. They have complete freedom of management and some freedom of curriculum. In private schools, you have the option of either Spanish speaking schools or bilingual schools which have an emphasis on English.

In Spain International schools generally have smaller class sizes and will work to the English curriculum, helping your child settle back into their studies. Students also learn Spanish as a foreign language. You may find an international school more appropriate for your older children.

As international schools are usually based in large towns, you may need to consider the costs and convenience of travel to and from the school.

If you have moved from the UK to work for a Spanish company, one of the most notable differences will be the high number of paid bank holidays there are compared to back home.

Indeed, while UK companies generally offer 28 days paid leave – six more than in Spain, when you include bank holidays the total number of paid vacation days in Spain jumps to 36 – which is eight more than the UK.

This is due to the plethora of religious, regional and national observances in Spain. The national holidays are New Year (January 1), Fest of the Epiphany (Jan 6) Good Friday (March or April) May Day (May 1), Feast of the Assumption (August 15), Spanish National Day (October 12), All Saints (November 1), Constitution Day (December 6) and Feast of the Immaculate Conception (December 8) Christmas (December 25).

On top of these you can expect another four days off thanks to regional holidays, depending on where you live. On occasions when a public holiday falls on either a Tuesday or Thursday, the common practice in Spain is take the Monday or Friday off, thereby creating a four-day weekend.

All of this means more time for families to spend together, providing a wonderful opportunity to explore the local area or region.