Frank and Diane want to buy in Spain 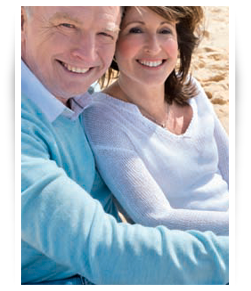 It is 6.20 on a Tuesday evening in the United Kingdom. Sitting on the sofa in their home are Frank and Diane Jones.

The couple are watching A Place in the Sun on Channel 4, where the presenter is showing a couple around a villa in Mojácar – somewhere Frank had never even heard of. They have watched the show before, but on this particular evening they are looking with rather more interest than usual because they have nally decided that now is the time to buy a home in Spain. Spread out on the coffee table are pilesof books, magazines and newspaper property supplements, all about buying property abroad. Some they have bought for advice and some because they list properties. They also have Diane’s iPad open and have been flicking through online properties, looking at maps and photos or properties, even drone footage. They have gathered a lot of information, because they want to do it right. They are determined they will not be those people who run into trouble with their overseas property purchases.

Frank and Diane are following a long tradition of foreigners falling in love with the Spanish culture, lifestyle, environment and weather. It has been written about poetically by Gerald Brenan and Laurie Lee, and hilariously by Chris Stewart and Peter Kerr. Read their books for a taste of the expat lifestyle.

No-one knows precisely how many foreigners live in Spain because the line between long holiday and semi-permanent residence often becomes blurred and many permanent residents don’t inform the authorities of their presence*. What we do know is that Britons have traditionally been the biggest foreign buyers in Spain, with around 750,000 Brits beginning new lives in Spain. The Spanish Registrars Association found that the British made up 16% of purchases by overseas buyers in 2014 (down from nearly 40% in 2008). Next came the French with 10% and buyers from Russia, Germany, Belgium, Sweden and Italy all with more than 5% of the market.

Spain is still attracting record numbers of tourists; 65 million international tourist arrivals in 2014 set yet another record, again with Britons making up the biggest contingent. Its economy may have suffered in recent years, but Spain is more popular than ever.

*When overseas residents don’t register with the authorities the government doesn’t allocate money to care for them in the health services, so it is vital for people living in Spain to register.

Frank and Diane are in their mid-50s and live in the UK. Why are they thinking about buying abroad? Although both are working they also both have an eye on their retirement. It will not be an idle retirement; they are as fit as they ever were and are feeling adventurous about life.

Their children have left home to start their own families and Frank and Diane see it as their chance to shine again. They want to open themselves up to new experiences, learn a new language, meet new people.

Why buy a home in Spain? “Why not?” says Diane.

Next → The Property Search