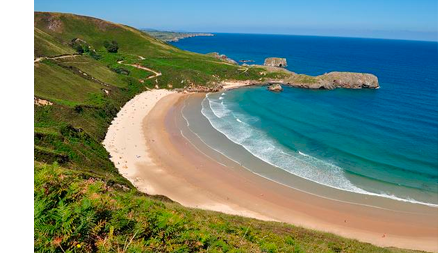 The most well-known city is Barcelona, the most famous coast the Costa Brava with resorts such as Blanes, Lloret and Tossa de Mar. It is a green, rugged and mountainous coast with sandy bays. Although it attracted large numbers of package tourists in the early days, it has made a concerted attempt to go upmarket in recent decades and prices here are relatively expensive.

Northern and southern Spain have very different climates. The north-west, sticking out into the Bay of Biscay and the Atlantic and known as Green Spain or Costa Verde comprises Galicia, Asturias, Cantabria and the Basque Country. It is greener because it is wetter, with mountains that are still home to (a few) wolves and bears, leading down to lush meadows and forests and on to shing villages on the coast that stretches some 800 kilometres from France to northern Portugal. How wet is it? It’s wetter than Wales, with 1,545mm of rain on Santiago de Compostela compared to 1,150mm on Cardiff. The Costa Verde is much less touristy than the other coasts, but that is more down to the unpredictable weather than any lack of beauty. There is a good choice of rural property here at reasonable prices.

Catalonia and the North East

The most well-known city is Barcelona, the most famous coast the Costa Brava with resorts such as Blanes, Lloret and Tossa de Mar. It is a green, rugged and mountainous coast with sandy bays. Although it attracted large numbers of package tourists in the early days, it has made a concerted attempt to go upmarket in recent decades and prices here are relatively expensive.

Climate-wise, the weather is perfect for summers, but can get chilly in the winter. Indeed anyone looking for winter warmth should head south of Valencia. 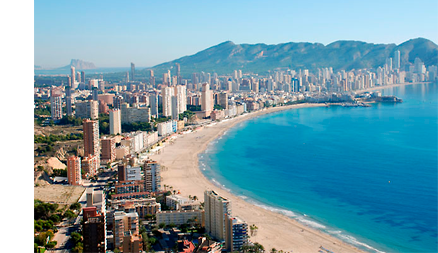 South of Valencia the weather warms up all year and the most popular expat areas start. It has a climate judged by the World Health Organisation to be the healthiest in the world, with warmth all year but tempered by Mediterranean breezes. Costa Blanca North is greener, more mountainous and with smaller, quieter resorts and expat-friendly towns like Dénia and Jávea. Inland, the Jalón Valley is popular with overseas buyers. When you move south of Benidorm the Costa Blanca South is atter and dryer. While it has suffered from overdevelopment, it is also cheaper to buy in resorts such as Torrevieja and Orihuela Costa. The historic city of Alicante sits south of Benidorm and the Costa Blanca’s beautiful interior includes oddities such as the palm forest of Elche. Year-round golf is a speciality. 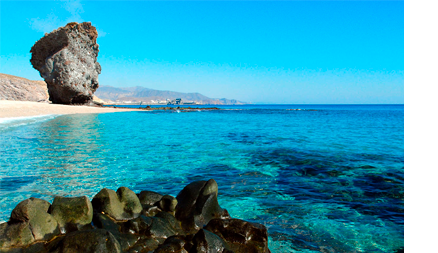 Spain becomes more arid as you head south from the Costa Blanca, including an actual desert at Almanzora. However, it is also a major agricultural supplier too, especially in Murcia in the northern section and inland to the south of Almeria city. South of Murcia, within Andalusia, Almeria was a relatively quiet and poor province until the tourists and new residents arrived, priced out of the neighbouring costas. In Murcia there are well-known resorts around the Mar Menor, in the north in what is called the Costa Cálida, and further south, Mojácar and Roquetas del Mar on the Costa Almería. In the years up to the financial crisis these areas saw a major property construction boom. 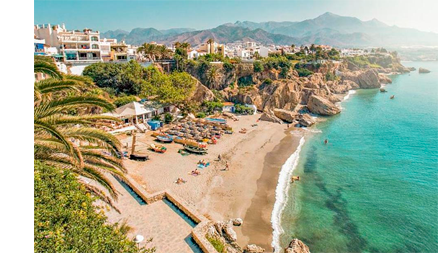 The south of Spain includes the well-known Costa del Sol in the middle, the less famous Costa Tropical to the east and Costa de la Luz running up to Portugal.

With resorts like Almuñecar, Nerja, Torremolinos, Fuengirola, Mijas, Marbella and Estepona it is the classic Spanish property-buying destination. The British are still the biggest buyers here, but there are also large numbers of Russians, Belgians, Germans and Scandinavians too, attracted by the unrivalled opportunities for fun, with golf and water sports for the energetic, along with great shopping and restaurants. Hot in summer, warm in winter, open all year, if you want you can live here like in Essex or Rotterdam with sunshine; yet travel just a few miles inland and you’re straight back in old Spain, with its rough rural traditions and grand history in cities like Granada, Málaga, Córdoba, Seville, Jerez and Cádiz. 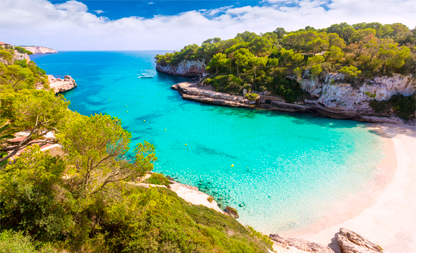 Mallorca, Menorca and Ibiza (and the tiny island of Formentera, off Ibiza) form the Balearic Islands in the Mediterranean.

On Mallorca, the madness of resorts like Magaluf sits alongside classy seaside villages and resorts where the Spanish royal family spends its summers and the likes of Richard Branson have homes. It has something for everyone, including the beautiful (and expensive) city of Palma,arty communities like Deià and Valldemossa along the northern coast and the more family-oriented resorts of the east coast.

As well as villas and holiday apartments, beautiful and historic city-centre apartments and converted farmhouses in the interior are also popular.

Menorca is especially popular with British families. It is quieter, more easy-going and less expensive than its neighbours, but travelling there is less easy in winter. No problems getting to Ibiza all year, where the party never stops. Although it may be known for its hedonistic lifestyle, Ibiza’s attractions also include rolling pine-covered hills and hidden coves. Property is among the most expensive in Spain. 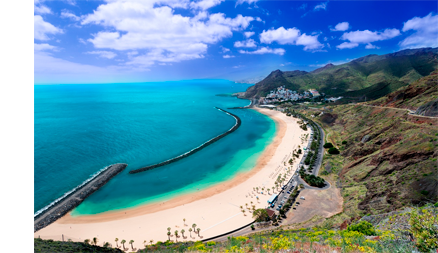 The Canaries, sitting off the coast of Morocco, are warm, but not especially hot, all year. Buy here and you can get four seasons of enjoyment (or rental). They are comprised of seven islands: Tenerife, Lanzarote, Fuerteventura, Gran Canaria, La Palma, La Gomera and El Hierro. Each is different, some sandy, some more volcanic, others with vibrant nightlife and cheap holiday apartments, others quieter. Buying here requires careful consideration as each island is so different – it’s not like buying in the Costa del Sol, which has a bit of everything. The Canary Islands may be known for their inexpensive, year-round holiday vibe, but they also have great natural beauty, deep gorges, banana plantations and Spain’s highest mountain.

Next → Planning to view