Gastronomy of the Costa Blanca 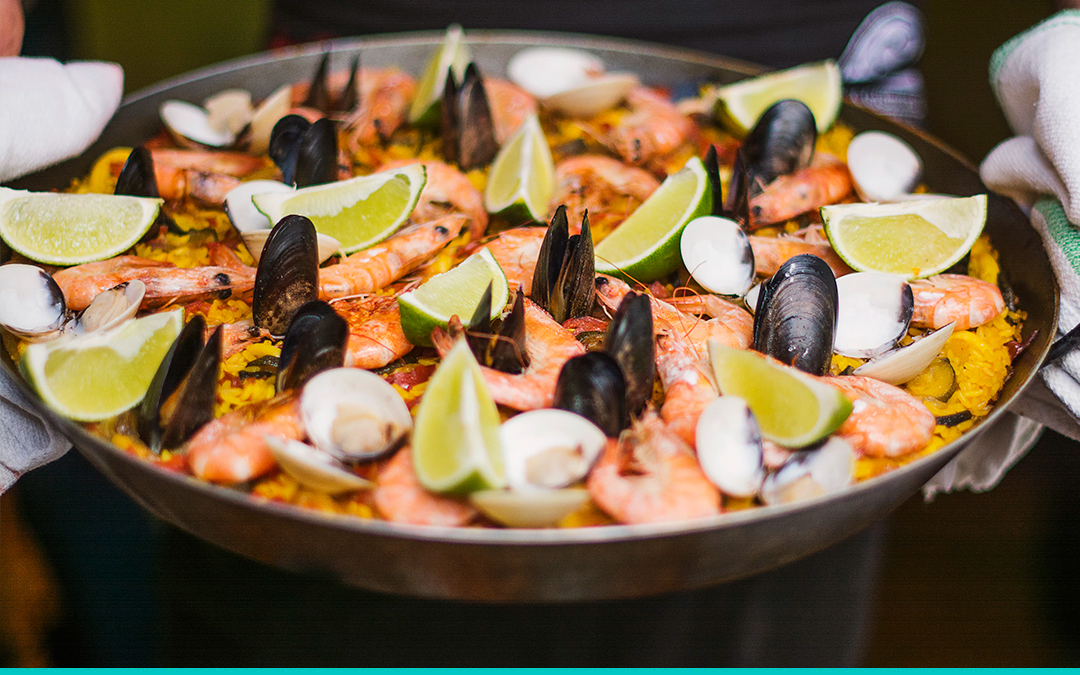 The Costa Blanca is home to a rich variety of culinary dishes. Being a coastal region seafood naturally predominates, with the catch of the day including anything from tuna, sardines, hake, red mullet, sole, monkfish, octopus, cuttlefish, mackerel, ray and sea bream, which are usually served baked or with a squeeze of lemon. Added to this are the dishes that originate in the mountainous and inland regions like olleta, which is rice with pork, sausage, pumpkin, turnip, chard stalks, chickpeas and string beans.

The Costa Blanca is also the birthplace Paella, Spain’s most famous culinary offering.

Invented in rural Valencia in the 18th century, it is a dish of great simplicity but one that depends on the perfect combination of its elements to produce the desired result, including the quality of the rice, the composition of the water, the amount of oil, and the correct cooking temperature. Made in with dry rice, preferably of the famous bomba variety, it is cooked in a large pan which also bears the name of paella. Saffron is added to give its distinct yellow colour.

The varieties of Paella are numerous, but the authentic version must be made with certain ingredients: beans, chicken and rabbit, and the famous mountain snail called xoneta. However, the most popular varieties remain the paella marinera, made with fish and seafood and the paella mixta, made from fish and meat.

But Paella isn’t the only rice dish to be found in the region. There’s oven baked rice, rice with beans and turnips, which is usually served in winter, and rice topped with the crust of an omelette. Other variations include rice flavoured with squid and tunny fish, chicken and fillet of pork, baby squid and garlic shoots. There is also a fisherman’s rice dish which originates from the Alicante region for which there is an international competition that takes place every year in Denia.

Among the iconic products of the region are the Valencian oranges known for being particularly juicy and tangy, and horchata, a thick white drink made with dried and sweetened tiger nuts that was brought to Spain from north Africa during the Muslim conquest. Other Arabic influences can be found in the region’s desserts, which often incorporate almonds and honey. Most famous among these being touron a nougat confection, typically made of honey, sugar, and egg white, with toasted almonds or other nuts.

In short, the Costa Blanca is an epicure’s delight, and that’s without even mentioning the great wines* the region has to offer.