The Palm Grove of Elche: A UNESCO World Heritage Site 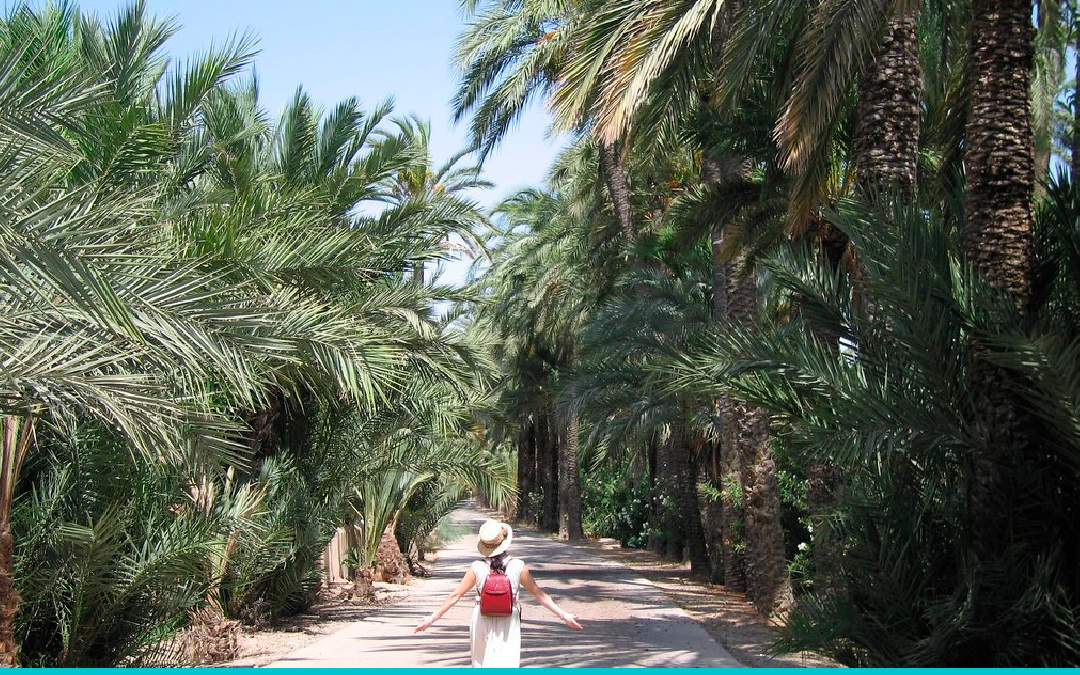 The city of Elche, situated about 20 km from Alicante, has much to offer: a city centre steeped in layers of history going back to pre-Roman times and a hinterland that boasts of beautiful beaches and spectacular national parks. Arguably, however, its most outstanding feature is its magnificent Palm Grove.

This magical UNESCO world heritage site consists of a large expanse of palm trees (reportedly numbering two hundred and forty thousand – one for every inhabitant of Elche) located in several gardens and plots surrounding the city ​​centre. It is the only palm grove of its type anywhere in Europe and one of the largest in the world, surpassing in size many of its kind in Arab countries.

It is thought that it was the Carthaginians who first began to grow palm trees on the Costa Blanca and the Romans, who came later, continued to cultivate them, before the arrival of the Arabs who greatly extended the plantation of date palms. Under the Arab ruler Abd al-Rahman an irrigation system installed and later, in the Middle Ages, a series of laws were enacted to protect the plantation. The Moors also further developed the irrigation system with the water of the Vinalopó river that flows through the city, which is still in use today.

The most famous plots in the palm grove are the Parque Municipal, Huerto de Abajo, Huerto del Cura and Huerto del Chocolatero. The oldest are in the Huerto del Cura where some 300-year-old specimens can be found. The huerto del cura is also home to the most beautiful tree of them all: the imperial palm, which, with its eight trunks resembles a kind of arboreal candelabra that has been drawing crowds since the 19th century, including the Austrian Empress Elizabeth, who visited the garden in 1894 and declared it worthy of an empire.

For information on the history and culture surrounding the Palmeral a visit to the Museum of the Palm Grove (Museo del Palmeral) is unmissable. Here you can also discover the artisanal specialty of Elche, the weaving of the white palm: a local handicraft involving the weaving of dried out palm leaves into creations of rare finesse for use in the Palm Sunday procession.

In 2000, the UNESCO designated the Palm Grove as a World Heritage Site citing the transfer of landscape and agricultural practices from one culture and continent to another (Moorish North Africa to Christian Europe).