Top five locations on the Costa Blanca for British expats 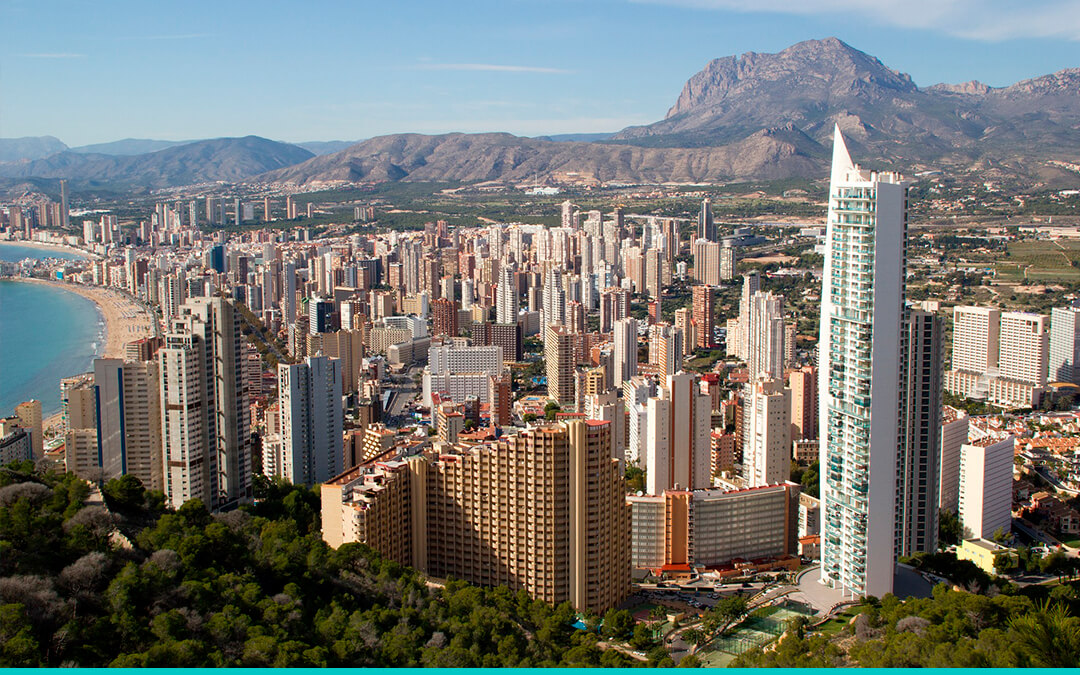 According to the most recent figures there are around 300,000 British citizens resident in Spain, 40 percent of whom are aged 65 and over. According to Spain’s national statistics agency, the Instituto Nacional de Estadistica (INE), the two regions with the most British residents are Andalusia, where they number almost 77,000, and the Valencia region, which counts 78,422. Narrowing it down further we find that the province of Alicante has the highest number of British expats with more than 69,000. The continued popularity of the Valencian region, and the province of Alicante in particular, is further borne out by home sales figures which found that 40 percent of all homes in Alicante were bought by foreigners in 2018.

This being the case, Sonneil has looked at the top five areas in the Costa Blanca for expat residents and what has attracted them there.

Located in the Marina Baixa region of Alicante, Benidorm has a long tradition of attracting British tourists and home buyers. This has been boosted by improved transport connections with three airports serving the northern (Valencia), Southern (Murcia) and central (Alicante) provinces of the region. Dozens of flights a day connect these areas to the UK, facilitating those all-important trips home or visits from friends and family members. While Benidorm city has a reputation as an all-night party town, you don’t need to go far to find much quieter villages where the traditional Spanish way of persists. In fact, it’s these localities that tend to attract the majority of expat buyers thanks to the relaxed pace of life.

The former fishing village of Torrevieja is today a multicultural city that besides its large British population is also home to significant numbers of German and Scandinavian and Russian expats. Situated equidistant from Alicante and Murcia airports (about 50 minutes’ drive to each) Torrevieja is blessed with beautiful landscapes and 20 kilometres of coastline. For those in search of the great outdoors, there’s the nearby Lagunas de la Mata and Torrevieja nature reserve which hosts dozens of species of birds and aquatic animals.

About one hour south of Benidorm and 45 minutes west of Torrevieja, the town of Orihuela is home to nearly 20,000 Brits. Easily accessible thanks to direct flights from Murcia airport, which is also just a 45-minute drive away, Orihuela is a city so packed with important monuments that its city centre has been declared a Historical Site. Besides this rich cultural heritage, it also boasts of affordable properties and a cost of living that is upwards of 30 percent cheaper than that of the UK on average. The Orihuela coast with its Blue Flag beaches and the many highly rated golf courses in the area add to the city’s popularity.

Javea is a town on the Costa Blanca that lies 90 kilometres north of Alicante and 110 kilometres south of Valencia, between the capes of San Antonio and La Nao. Javea is divided into three areas, the port district, the Arenal with its beaches and tourist centre, and the old town, its original city walls enclosing a labyrinth of cobblestone streets, squares and picturesque corners. The town sits in the foothills of the Montgo Massif, which at 753 m high is home to some of the most unique flora and fauna in all of Spain.

Just 10 minutes’ drive from the beautiful sandy beaches of Guardamar and 15 minutes from Torrevieja, it’s little surprise that Rojales has become such a draw for UK expats that they now number slightly more than half of the population. Its close proximity to Alicante and Murcia airports – about 35 minutes’ drive to both – add to the appeal, as does the nearby La Marquesa golf course. Rojales is famous for the beautiful cave houses which are located in the hills to the south of the town.

Would you like to discover more amazing places on the Costa Blanca? 👇👇👇