What to see in Malaga: beaches, cuisine and culture 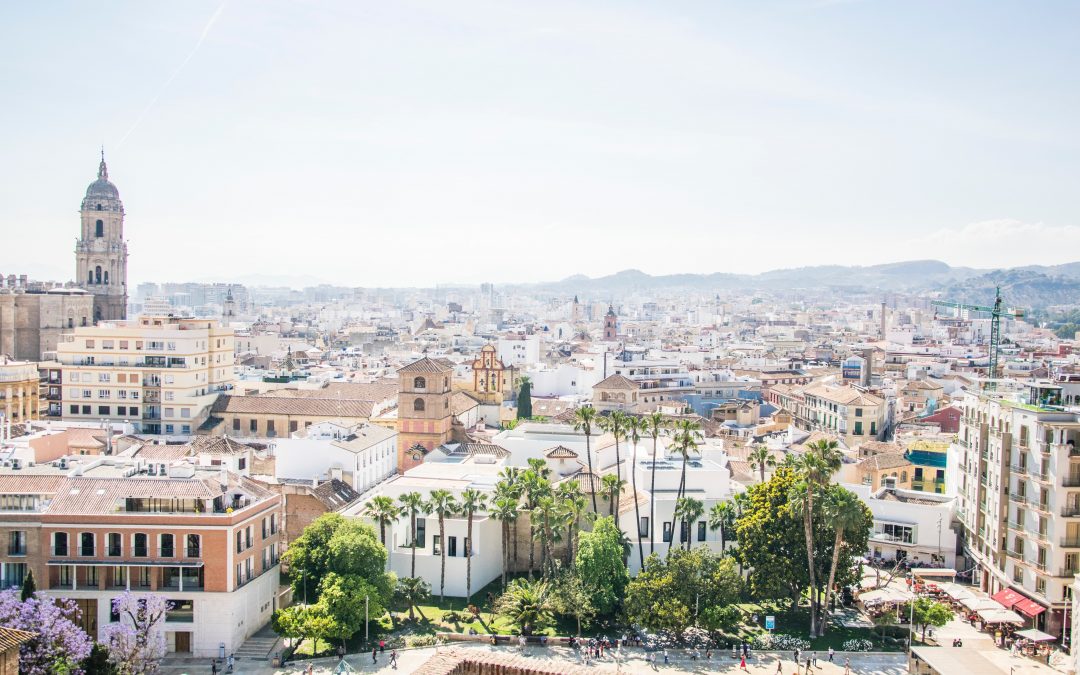 Malaga is a city with more than 3,000 years of history with Phoenician origins which, in recent years, has embarked on a renewal process, becoming one of the most interesting capitals in Spain.

The pedestrianisation of the city centre, the arrival of many high-end restaurants and hotels and the opening of museums and galleries of the highest level have contributed to making Malaga the capital of the Costa del Sol par excellence.

A visit to Malaga means returning home with a wealth of culture. Art and heritage go hand in hand to create an offer that rivals that of the great European capitals.

Malaga is a city brimming with historical and cultural heritage. The best is to discover it for yourself, but in the meantime, here are some of the must-sees.

Culture also has its place among so much nature, landscapes and places of interest. Malaga has three of the most important museums in Spain.

With thirteen centuries of history, Malaga is one of the oldest cities in Europe. The Phoenicians saw in the colony of Malaka the prosperous and welcoming city it is today.

Experience the history of Malaga and visit the most impressive monuments of the city, such as the Cathedral, the Alcazaba and the Atarazanas market. The famous Calle Larios is the epicentre of the area, a pedestrianised artery lined with shops, bars and restaurants.

The Plaza de la Merced, the Plaza de la Constitución, the Plaza de la Judería… or the Pasaje de Chinitas, an alleyway lined with traditional businesses that preserves the original local atmosphere. Malaga’s historic quarter is a place best explored at a leisurely pace, walking around and paying attention to every detail. Don’t miss a chance to visit it during the Malaga Fair!

This former industrial area was renovated to give rise to one of the most popular corners of the capital of Malaga. It is also home to the Pompidou and Thyssen museums.

Don’t miss the Malagueta beach for a nice day of sun and sea, and visit the port of Malaga for a stroll among the boats in a relaxing and multicultural atmosphere. A coffee at Muelle Uno overlooking the sea, a boat trip as the sun sets, restaurants, shops, markets… the port is the perfect meeting point.

Environmental care and natural beauty also have their place in Malaga.

This historical and artistic garden occupies no less than 3.5 hectares of land, renowned for its collection of subtropical flora. Waterfalls, fountains, greenhouses, streams… when you visit the Botanical Garden of La Concepcion, you will enter an almost dreamlike world.

The collections of palm trees, bamus and aquatic plants are our absolute favourites. You have more than 50,000 plants to choose from, as well as an area of historical garden declared an Asset of Cultural Interest.

La Malagueta, the beach par excellence in the city of Malaga, was renovated to become the wonderful beach it is today: calm waters surrounded by a beautiful promenade and only 10 minutes from the city centre. Living in the city here does not mean being far from the sea. It also offers services such as sun loungers and parasols for hire, children’s play area, nautical equipment…

The beaches of La Caleta and Pedregalejo are also good options if you are staying for several days. These beaches are quieter than La Malagueta but also offer a full range of services.

No place is known until you have tasted its cuisine. This is how you get to know Malaga through its flavour.

The site of the Atarazanas market was once the site of the 14th century Nasrid shipyards. The current building, inaugurated in 1879, preserves the main door in the Nasrid style and is a very significant example of 19th century architecture. Spectacular stained glass windows were added to the interior in 1973. It is also the perfect place to sample the best of Malaga’s gastronomy by visiting the stalls of bars and restaurants or buying meats, cheeses, seafood, fish…

Where to eat in Malaga

It’s hard to choose! But there are two restaurants that you must try:

You can’t leave Malaga without going to El Pimpi. With more than 40 years of history, it is probably the best known restaurant in the city. Not just because of the decoration of this old 18th century building with its patios, corners and tiles, but also because their dishes always get it right. Fried fish, loin of pork, aubergines… yum!

For signature dishes and an unbeatable location in the Villa Guadalupe hotel, Amador Fernández’s Restaurante Amador has it all. Breathtaking views of Malaga, works of art and dishes such as lamb shoulder, organic artichokes and foie gras with apple emulsion.

Tradition never fails and the typical dishes of Malaga are one example. Simple, but not ordinary.

At Sonneil, we can help you live the good life in the best places on the Mediterranean coast. Are you up for it?

Would you like to know more about the Costa del Sol? 👇👇👇

Get to know the Costa del Sol and discover its best beaches, natural landscapes, historic cities, cuisine and traditions. Download our guide now!