What to do in Jávea. Experience the best of the Mediterranean 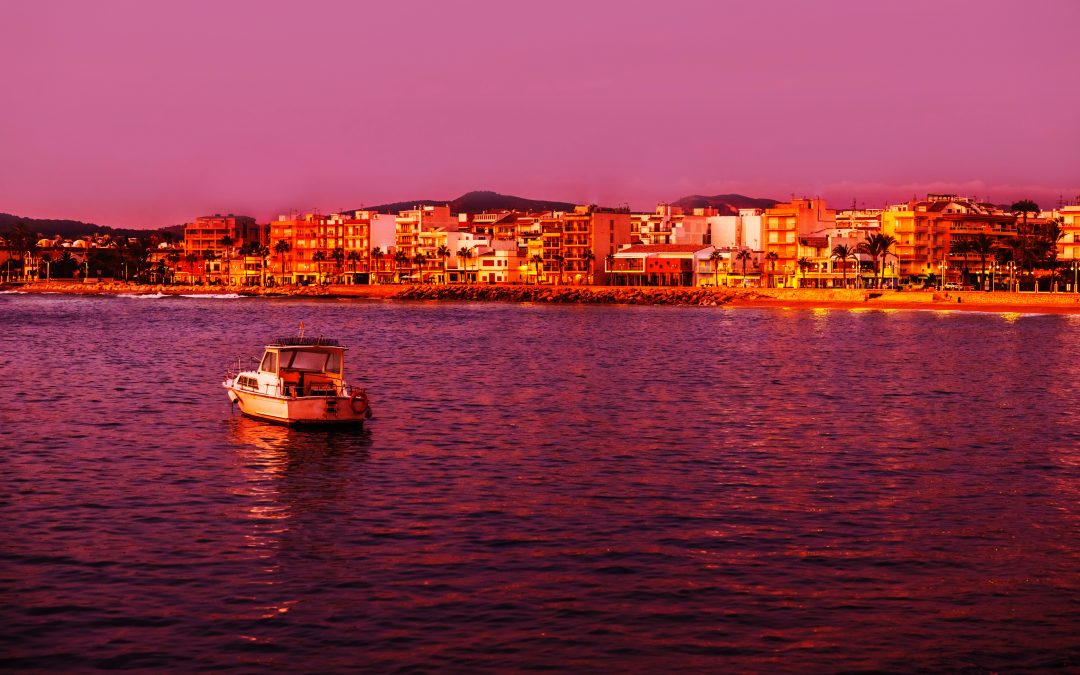 Jávea is one of the best-known towns on the Costa Blanca, and it will not disappoint visitors. It has everything one looks for when visiting this part of the Mediterranean: the sea, beaches, incredible views, endless sea breezes, a perfect climate to enjoy the outdoors…

That’s why at Sonneil we offer properties in Jávea where you can live the Mediterranean life at its best.

Discover what to see in Jávea and watch out: you might fall in love.

The centre of Jávea, as in other towns in this area, is a reminder of the town’s medieval past. Narrow cobbled streets, white façades to soften the summer heat, arched doorways, wrought iron balconies, flower pots… and traces of medieval architecture, for example, the defensive walls, which protected the town from pirate attacks.

Take a look at the ‘tosca‘, a type of porous stone that is very typical of this area and in which many of the lintels of the town’s old houses are carved.

Stroll through its historic centre for a trip back in time and visit its old buildings, such as the gothic church of San Bartolomé, the Town Hall, the Abastos market, or houses like the Palau dels Sapena, from the 15th century, or the Casa dels Bolufer, from the 18th century.

Apart from the buildings, the town centre of Jávea has a warm and friendly atmosphere that makes you feel at home. Shops selling traditional products, bars and cafés… and a weekly street market where the locals shop. In short, this is a place where you can experience the Mediterranean with all five senses.

The northern part of Alicante is famous for its coves with crystal clear waters. While some of them are difficult to access, it is well worth exploring them and admiring this marvel of nature. These are our top picks:

What to eat in Jávea

As usual on the Costa Blanca, the Mediterranean is the star of Jávea’s cuisine. Top quality ingredients, prepared to the highest standards and of the healthiest possible quality. We are staying for lunch in Jávea.

Gastronomy and typical products of Jávea

Jávea’s gastronomy speaks of its location on the Mediterranean coast, its history and its climate, favourable for the cultivation of fruit and vegetables. Rice, pulses, spices such as saffron and dried red pepper, tomatoes, figs…

The fertile fields and vegetable gardens, as well as the use of all that the sea has to offer, make Jávea’s cuisine something you cannot miss.

There is even a quality brand, “Fish and seafood from the Bay of Jávea”, which guarantees the origin of the fish and seafood. There is also a very peculiar product that is one of the signs of identity of the town: the sea urchin.

Not to mention the salted fish, a method for preserving fish that dates back to Roman times and today produces such authentic products as salted anchovies, tuna, bonito, sardines…

What to see around Jávea

If there is one thing that makes the province of Alicante stand out, it is its coastline. And the north of the Costa Blanca is a perfect example of the natural wealth, tradition and good climate of this corner of the Mediterranean.

In the area around Jávea we find exceptional places such as the popular town Denia, one of the most sought-after destinations for those seeking to relax and unwind. Its castle and the Baix la Mar neighbourhood are its hallmarks, along with its incomparable gastronomy, represented by the famous chef Quique Dacosta.

To the south of Jávea is Poble Nou de Benitatxell and its well-known Moraig Cove. Next stop is Moraira, also famous for its old town, its watchtower and its coves. And of course Benissa, with its “Cathedral of the Marina Alta” and a beautiful medieval old town. Finally, we recommend Calpe and the iconic Penyal d’Ifac Natural Park, one of the most identifiable rock formations in our country.

If you are more of a mountain person, the Marina Alta has picturesque villages nestled in the rock, rugged caves, walls, castles… and valleys where walking and enjoying the views is a luxury.

We really hope you will be able to visit Jávea soon and discover all this and much more in first hand. And now you know, at Sonneil, we can help you find your home in Jávea. We can’t wait to see you!