What to see in Moraira? The best coves and viewpoints 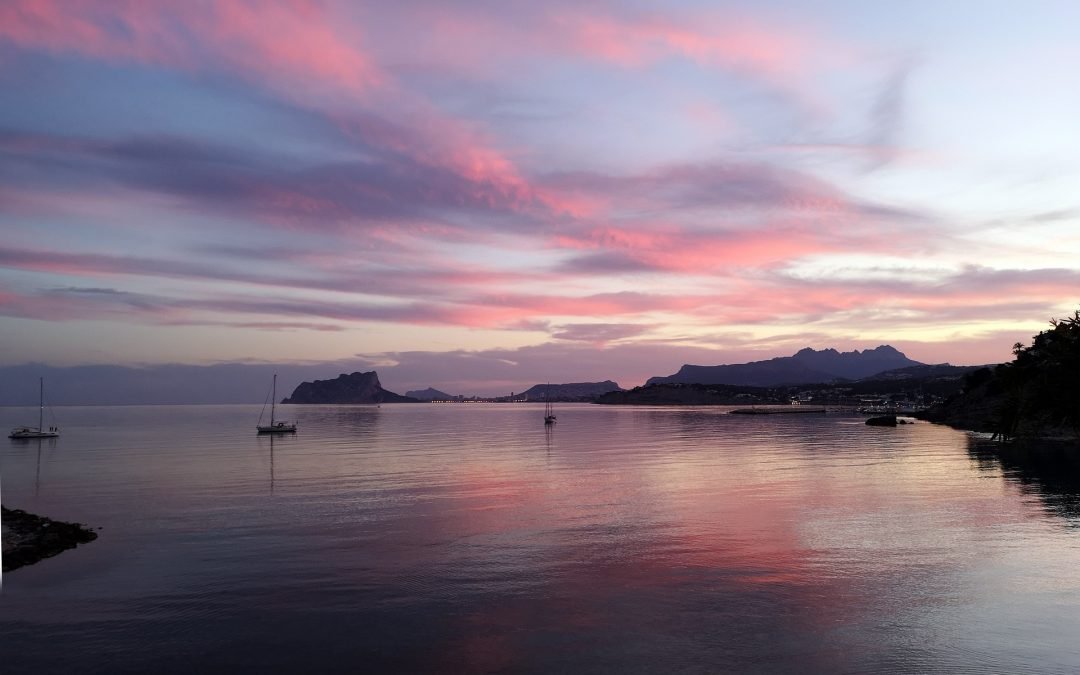 Moraira is a small town in the municipality of Teluada, in the province of Alicante. Although it is one of the smallest towns on the Costa Blanca, it is also one of the most charming. It is located between Calpe and Jávea, seventy-five kilometres from Alicante. The beauty of this town, its excellent infrastructures, its beaches and its pleasant climate are striking. Keep on reading and discover what to see in Moraira.

The best itineraries to discover Moraira

Undoubtedly, one of the best ways to get to know and discover Moraira is by following the route of the coastal viewpoints. This is a five-kilometre route that takes you around Moraira, passing by the most incredible viewpoints with views of the Mediterranean Sea and skirting the most spectacular coves in the town. Starting at El Portet and ending at Tunis Street, this spectacular route is sure to impress everyone. We then take a tour of the amazing route of the viewpoints and their coves.

This is one of the best beaches in Moraira due to its crystal clear, turquoise waters and fine, golden sand. It also has the spectacular viewpoint of El Portet. The beach is shaped like a shell and is cut out against a mountainous backdrop that offers breathtaking views.

Continuing along the route, and just opposite the yacht club, is the next viewpoint which is located in the Portitxol cove. From this viewpoint you can enjoy beautiful views of the cove, Moraira and the surrounding landscape, such as the Ifach rock in Calpe. From the viewpoint you can descend to the cove by a flight of stairs.

The beach at L’Ampolla is one of the most popular, as it is close to the town centre. Right at the end of the beach, and continuing along the route of viewpoints, you reach Les Tosqueres viewpoint, from where you can enjoy fabulous views of the beach, the castle esplanade and the emblematic rock of Ifach.

Next, we come to the beautiful beach of Les Platgetes, which is made up of two different coves, one sandy and the other rocky. The landscaped area is striking and provides it with a very unique beauty. All kinds of water sports can be practised here.

The last viewpoint on the route offers breathtaking views of the Mediterranean coastline, and through it you reach the last cove on the route, which has the same name as the viewpoint. L’Andragó cove is about one hundred and fifty metres long, and its waters are calm and crystalline. From the cove you can enjoy incredible views of Moraira and the watchtower.

What to see in Moraira in one day?

Being a small town, Moraira can be visited in a day, so we will take you on a tour of its most beautiful and important places.

The castle of Moraira is a small defensive construction from the 18th century, inside of which there is a permanent exhibition about the defence towers found on the coast. The port of Moraira is another place of interest and a must-see. Its origins date back to 1935, when construction began to mitigate the storms that hit the boats.

On the other hand, the old town of Moraira has a great cultural value, as it preserves its historical buildings, fortified churches, castles, walls and watchtowers. The Cap d’Or tower is located on the small peninsula known by the same name. It is a 16th century watchtower, and was built to warn the population of possible attacks coming from the sea. It is about eleven metres high and from the top you can enjoy the best panoramic views of Moraira, the Ifach rock and the cliffs of Benitatxell.

If you want to enjoy this beautiful town, at Sonneil we have a wonderful dream villa for sale in Moraira from where you can enjoy the stunning beauty and tranquillity of the landscape. Click on the following links to see all its features:

How to get to Moraira?

Would you like to discover more wonderful spots on the Costa Blanca? 👇👇👇