The best beaches in the Valencian Community 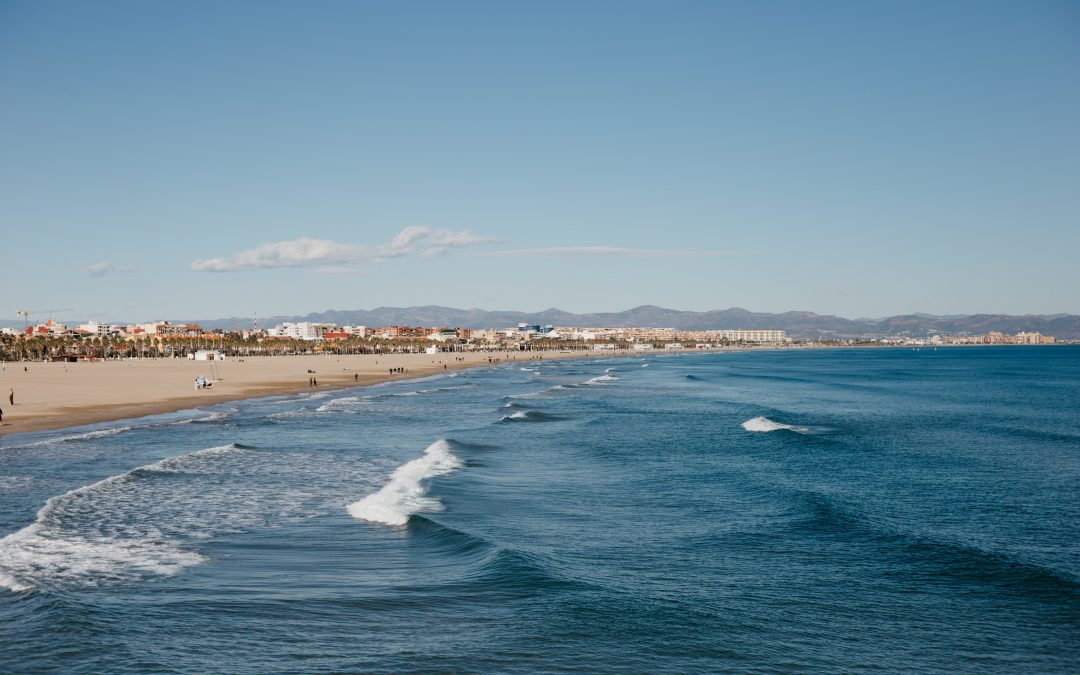 Beaches all over the world have just received the Blue Flag award, which rewards beaches for their cleanliness, safety, sustainability, accessibility… In other words, it is a way of guaranteeing visitors that they will feel comfortable and enjoy a day at sea in complete safety. ✅

If you don’t know about the Blue Flag certificate, in this post we tell you all about what it represents and how important it is to obtain it.

The Valencian Community has beaten its own record in 2021, and leads the ranking as the region with the most Blue Flag beaches in Spain, with 137 awarded beaches! Here are some of our favourites, so you can start planning your summer. 🏖

Because the good life is best lived near the sea.

The Blue Flag beaches of the Valencian Community are known for their calm, clean, blue waters and large areas of fine, golden sand. Alicante, Valencia and Castellón add up to 518 km of coastline. Makes it hard to choose, doesn’t it?

The good thing is that, no matter which beach you choose, you are bound to get it right. 😉

Les Deveses, Denia. This beach is three kilometres long and is the furthest away from the town centre of Denia, thus fully preserving its natural essence. There is also a windsurfing school!

Cap Blanch, Altea. The most impressive thing is its waters, which look as if they were made of glass. You can choose between fine gravel and pebbles, and it never gets too crowded. Here at Sonneil we have a soft spot for Altea.

La Fossa beach, Calpe. This beach is famous for the quality of its sand and the calmness of its waters. Its short length of just one kilometre makes it very comfortable.

Sant Joan Beach, San Juan. This is Alicante’s beach of choice, full of life, covering an area of seven kilometres! Beach volleyball, football goals, water sports… There is no such thing as boredom on this beach.

Poniente Beach, Benidorm. The most peaceful beach in Benidorm, and the longest, stretching for more than 3 km. And it has everything you could ask for from a beach: clean waters, a promenade, a reading area, floating platforms, children’s play areas…

In 2021 there are 32 Blue Flag beaches in Valencia, spread along its 135 kilometres of coastline. Here are our top 3:

El Saler, Valencia. This is a very special beach, because it is in the heart of the Albufera Natural Park of Valencia, so it is perfect to find peace and quiet surrounded by nature, very well protected and preserved!

With 31 Blue Flag beaches, Castellón is not far behind. As the least known of the Valencian provinces, its 120 kilometres of coastline with marvellous beaches and coves give it an extra sense of tranquillity. Such as these:

L’Arenal, Burriana. Located to the north of the port of Burriana, it is an ideal beach for water sports and for enjoying the Mediterranean coast at its best: 1,000 metres long, vegetation, calm waters and golden sand.

Voramar, Benicasim. This is one of the quietest beaches in the area, with a promenade along the early 20th century villas that made Benicasim famous. It is not a very crowded beach and has services such as showers, sun lounger hire, sports equipment…

Knowing the best beaches in the Valencian Community has probably made you want to put on your swimming suit and dive into the sea. Can you imagine living near one of these beaches and being able to do so at any time? At Sonneil, we have exclusive developments with sea views. Now, all you have to do is choose.