Museums in Spain: culture and history for everyone 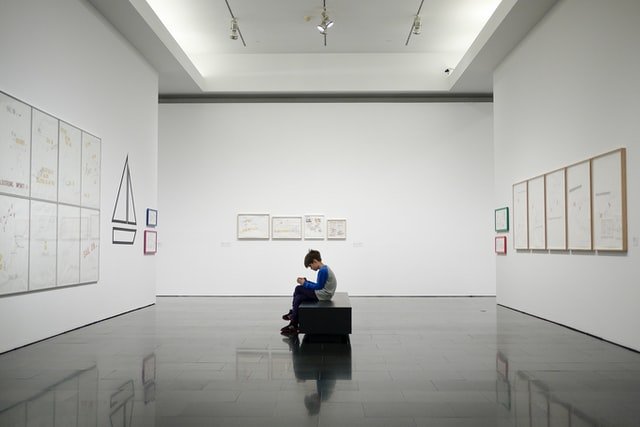 Do you know the best museums in Spain? Surely you have already visited some of them. Painting, history, archeology, design, architecture, photography, sculpture… and we could go on. We are lucky enough to have some of the best museums in Europe (and the world), and there is no time to waste when getting to know them all. Here are our favorite ones.

Because the good life is also about learning. 😉

Tradition always works. Spain has had great museums for many years. Here are three of the most renowned:

What can we say about the Prado Museum that has not already been said? Velázquez, Goya, Rubens, Murillo, Tiziano… These are just some of the artists featured in this building, one of the most important art museums in Europe. It was inaugurated in 1819 thanks to the support of Isabel of Braganza, wife of Ferdinand VII of Spain, and since then it has preserved works of art closely linked to the history of Spain. We have never seen it without a queue of people waiting to get in. Needless to say, you cannot miss Las Meninas, The Nude Maja, The Third of May 1808, The Garden of Earthly Delights, The Three Graces… and, afterwards, enjoy the famous Paseo del Prado.

Frank Gehry left his mark on the building of the Guggenheim Museum of Bilbao, creating one of the most renowned exponents of the avant-garde architecture of the 20th century, which has now become a symbol of Bilbao’s renewal. The exterior is in itself a work of art, and in the interior you will find 9,000 m2 and 19 exhibition galleries with both national and international contemporary art pieces selected along the lines of the Guggenheim Foundation in New York. It features the work of famous artists such as Chillida, Miquel Barceló, Antoni Tàpies, Jeff Koons, Susana Solano, Cristina Iglesias…

Also dedicated to contemporary art, the Museo Nacional Centro de Arte Reina Sofía is well worth a visit just to see Picasso’s Guernica. But this neoclassical building from the 18th century, which once housed Madrid’s General Hospital, has much more to offer: Dalí, Miró, Juan Gris, Ramón Casas, Santiago Rusiñol, Kandinsky… Surrealist art and cubism also have a great importance in the collection. Last October, the museum celebrated its 30th anniversary having become one of the most important contemporary art museums in the world and housing around 23,000 works of art.

In Spain we have so much heritage and creative sectors that a new museum could emerge every day! In recent years, centres representing the avant-garde of art and history in our country have been inaugurated. If you want to be up to date, you cannot miss them.

Visiting the capital of the Costa del Sol and not going to the Picasso Museum in Málaga should be considered a sin. There is a reason why it has become the most visited museum in Andalusia! Following the wish of the artist, who wanted his work to be displayed in his hometown, the MPM was inaugurated in 2003 at the Buenavista Palace, in the heart of Málaga. Nothing less than 233 pieces of art await you in this thematic and chronological tour, which is perfect for getting to know Picasso’s artistic career in depth.

Here we are tricking you a bit, because, although it was expected to open in 2020, the Royal Collections Museum has not yet opened its doors. But it is worth talking about, because it is the most important project in museum policy in recent decades in Spain. It depends on the National Heritage Department, and it will feature paintings, sculptures, tapestries, carriages… more than 700 pieces collected by the Spanish monarchy since the Middle Ages. The idea for its creation came about 90 years ago, in 1930, but the Civil War cut the plans short. We look forward to visiting it soon, because it sounds promising!

Inaugurated in 2015, the Centro Botín is already magnificent from the outside. Located on the seashore, with impressive views of the bay, the building does not touch land, simulating the docks in the port. And the team is very clear about this: it is not a museum, but a centre, since it is dedicated above all to scientific and social research through seminars and meetings, as well as supporting the plastic arts and culture with exhibitions, workshops and grants.

Because not everything consists of paintings or archaeological pieces. Spain has centres and museums that, above all, seek to surprise visitors. And they succeed.

The City of Arts and Sciences in Valencia was a turning point in the Spanish architectural and cultural scene. It is home to the Príncipe Felipe Science Museum, one of the most interactive in the city. Their motto makes this clear: “Forbidden not to touch, not to feel, not to think.” Its exhibitions are dedicated to the evolution of life and the dissemination of science and technology, spread over almost 30,000 square metres. The Foucault’s pendulum, one of the longest in the world at 34 metres, is arguably its most renowned piece. And, naturally, the surroundings of the City of Arts and Sciences and the city of Valencia make it even more valuable, if possible. It is perfect for visiting with the family!

When it comes to Dalí, he has to be included in this section. In Figueras there is the Dalí Theater-Museum, at the artist’s last residence, an old theatre that he himself helped to renovate and turn into a museum. He designed it to draw the visitor into the surrealism of his particular world, from the iconic egg-covered façade to the furniture and personal items such as jewelry and photographs. Fans of Dalí will enjoy visiting his old room and even the vault where he was buried. According to The Art Newspaper, it was the third most visited museum in Spain in 2017.

Lanzarote would not be the same without César Manrique, the artist who worked to enhance the beauty of the island and develop a type of tourism that respects nature and the unique personality of this territory. Manrique’s greatest work of art is Lanzarote itself. The César Manrique Foundation in Taro de Tahíche was his home studio and one of his first works, built on a lava flow. The connection between the building and nature is spectacular. Volcanic bubbles, tunnels, swimming pools, fruit gardens, murals… it all combines contemporary and traditional Lanzarote architecture. Trust us: you have not seen anything like it.

As you can see, in addition to the natural paradises that we have in Spain, our cultural and historical wealth is wonderful. To live here is to enjoy and learn. At Sonneil, we want to help you.