For Frank and Diane, as for many people, buying in Spain is about more than warm weather. It is the chance to reassess their lives and their priorities. What they want to do in life will determine what they want from their Spanish property.Do they wish to take on the challenge of living in an entirely new culture where almost no-one speaks English, or would they prefer the safety net of fellow overseas residents nearby? Do they want some land to enjoy a more rural lifestyle? Could they cope with looking after chickens and olive trees, or would they really prefer to just relax by the golf course and pool? Even if they would like to, could they meet those challenges, physically? If buying in retirement, do they have a plan for when they become more frail? How are they with extreme heat? Will they be able to learn Spanish; they could feel very isolated in rural areas or small towns if they cannot. Will they be spending long enough in Spain to maintain their own garden and pool? Will they ever want to rent the property out? On the other hand, can they afford to buy the stress-free properties where everything is done for them?

These decisions will determine the sort of environment where they choose to buy. Here are a few options for them to think about.

Living in the countryside 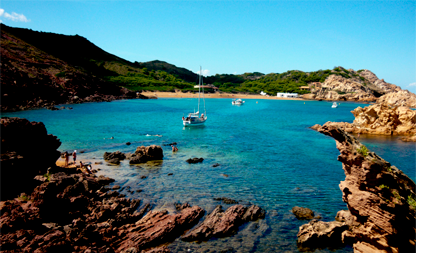 Spain has around 95 people per square kilometre. The UK has 265, Belgium 370 and the Netherlands nearly 500. So for new arrivals from northern Europe, Spain is bigger, emptier, hotter and far more mountainous. Go just a few miles inland from the coast and it’s not unusual to see farmers riding donkeys and shepherds tending flocks.

This is the ‘campo’, the countryside. People are just as warm and friendly as on the coasts (maybe more so), but they are unlikely to speak English.

Living in the campo certainly has its attractions – the quiet, the space, the beauty both of the countryside and the farmhouses, and all at a much lower price than you would normally pay for British rural properties. If looking to buy in the countryside you need to pay close attention to where utility supplies will come from and how easy access will be in weather extremes. Historically, there have been problems over planning and ownership of rural properties so always take extra care to get a good, experienced lawyer. Be a little cautious if your lawyer is recommended by your estate agent; most are entirely reputable but in a small community they could be closely connected socially or by family and be more loyal to the agent who regularly sends the work than to the ‘one off’ house buyer. Certainly, you should not use the same lawyer as the seller. 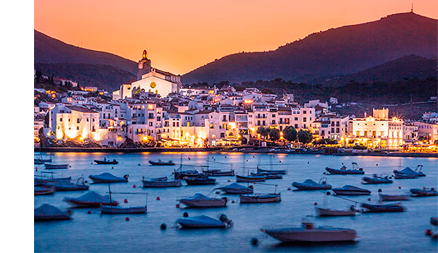 50 years ago, the vast majority of Spaniards lived in villages and small towns. From the 1970s to the 1990s more than 10 million moved provinces. Many of the younger people moved to the coasts looking for better paid work in the tourist trade while millions more moved to the cities. Since then, however, in the south and east especially, expats from Britain, northern Europe and even further afield have arrived seeking a new lifestyle and reviving village life. Schools have reopened, village fiestas begun again and local people have cashed in on old properties and land.

In the northern provinces, there are still entire abandoned villages for sale, while in Andalusia the picturesque “white villages” have been great favourites among British buyers.

If Frank and Diane choose to live in a small town, whether on the coast or the interior, they will have a huge choice. They could live in a town like Torrevieja, in Alicante, with a large British population that has created its own institutions such as weekend car boot sales, and started the same clubs and societies as at ‘home’. Or they could opt for a town in the interior with hardly any foreign residents – but with rich traditions and fiestas based around the Catholic faith or the rural way of life. They might not find much English spoken, but will be able to immerse themselves more fully in one of the world’s great languages and civilisations.

Budget fliights to Madrid, Barcelona, Alicante, Málaga, Palma de Mallorca and so many Spanish cities have made the idea of a weekend bolthole very appealing. While city apartments are often highly expensive, and cities can be polluted and noisy, Spain has invested heavily in those things that bring in tourists, such as transport infrastructure, museums, the arts and culture.

Compared to many countries’ cities, Spain’s are clean, safe and well-managed, with extremely good shopping both in street markets and high-end international brands. And of course, the café culture in tapas bars and street cafés is unsurpassed. The rental potential for a property in the city can be very tempting too. 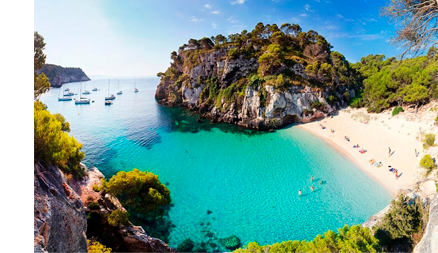 Most overseas buyers come for the seaside. It isn’t just the chance to swim in it, the coastal strip also has the facilities and infrastructure – airports, golf courses, nightlife, international schools, attractive property, English-speaking professionals – as well as cooling sea breezes and a ready-made expat social life. Prices are, of course, more expensive, but you might not necessarily need a sea view and many of the seaside advantages can be had a few miles inland. Spain is blessed with two wonderful island groups, the Balearics in the Mediterranean and the Canaries further south off the North African coast (which makes them warm all year). 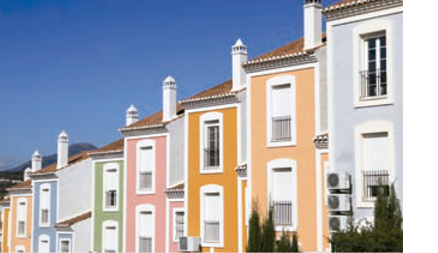 The word urbanisation may not sound very enticing, but there are sound reasons for expats to choose them. Essentially they are housing developments built outside towns and villages where the owners form themselves into a community and manage the development amongst themselves. The benefits of buying on an urbanisation include: far less risk of buying an ‘illegal’ property, they are a good way to meet the locals (the Spanish are just as likely to buy on an urbanisation as foreigners are), and you can have a say in how your urbanisation is run if you choose to get a place on the management committee (indeed you may have to whether you like it or not!).

This is undoubtedly the stress-free option (so long as money isn’t short). Buy on a resort and Frank and Diane won’t have to worry about cleaning the communal pool, watering the garden, maintaining the roads or nding rental guests. Depending on the resort they choose, of course, they are likely to be living among a wide range of foreign owners as well as Spanish. There will be social and sports activities onsite, often including beach clubs, golf courses, tennis courts, gyms and spas.

The downsides include the expensive management and maintenance fees, the somewhat artificial nature of some resorts, the control over how you can decorate your home outside (this can be the case with urbanisations too), the fact that many of your neighbours may be an endless churn of holidaymakers.

Next → Where in Spain?