What to do and see in Santa Pola. Beach life and enjoyment 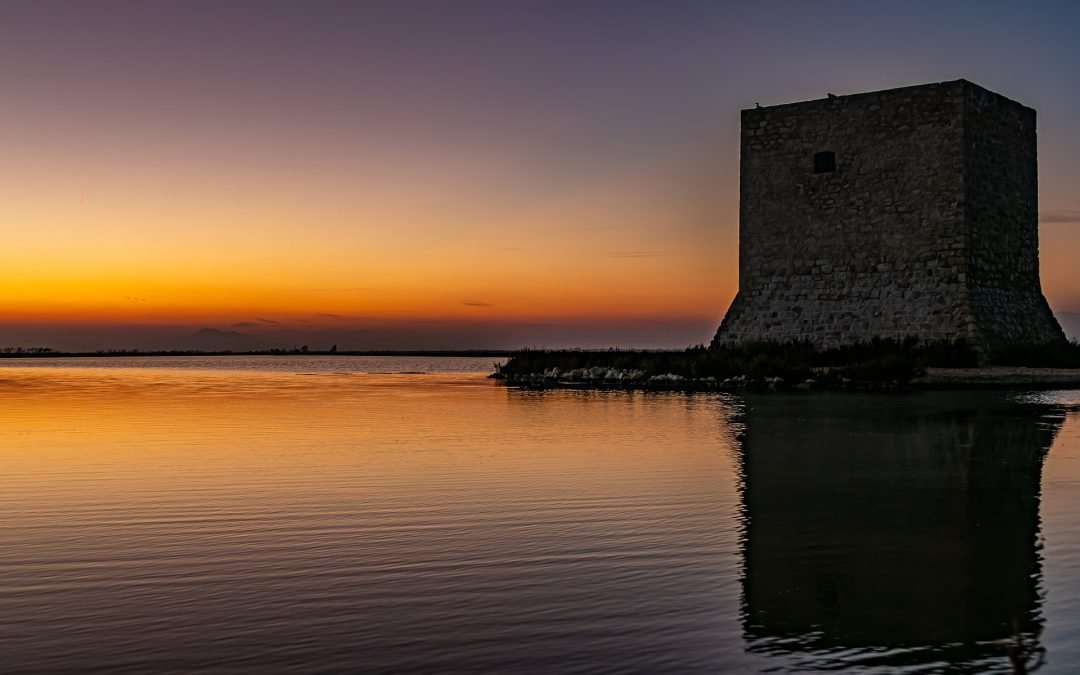 When deciding what to do and see in Santa Pola, beaches, culture and gastronomy play an essential role. Santa Pola is one of the best known towns on the Costa Blanca. Its history is linked to the trading activity of the Iberians, who in the 1st century built a port for the city of Ilici, as a connection with their main trading associate, Greece.

Today, Santa Pola stands out because of its tourist appeal and because it is chosen by many as a second home. And it is not surprising, as its beaches, its atmosphere and its location make it a paradisiacal corner in the heart of the Costa Blanca.

Here we tell you what to do and what to see in Santa Pola, so that you can make the most of it!

Indispensable things to do in Santa Pola

Whether you are a visitor or a long-term resident, there are places and activities that make this coastal town special. These are the must-see places in Santa Pola:

Wear comfortable shoes and get ready for some spectacular views. A path (somewhat narrow, admittedly) leads you to the Santa Pola lighthouse, at the very spot where anti-aircraft batteries were placed during the Civil War to defend the coast. The lighthouse stands on the site of the Torre de la Atalayola, a 16th century watchtower.

Today, this place is a fantastic viewpoint overlooking the bay of Alicante, the Mediterranean and the island of Tabarca. Walk along the walkway or simply stop to enjoy the panoramic views at sunset from the highest point of the cape of Santa Pola.

The coast has always been of vital importance in the defence of territories. Under the reign of Felipe II, in 1552, three watchtowers were built in Santa Pola that communicated with each other through smoke signals and lights and controlled that no attackers approached the coast: the Tamarit, Escaletes and Atalayola towers.

The Tamarit Tower is in the Salt Flats, between the Pinet Tower and the Castle-Fortress of Santa Pola, and its purpose was to keep watch over the salt mines. The Escaletes Tower, in the Sierra de Santa Pola, kept a special watch for enemy ships that were hiding behind the island of Tabarca. The Atalayola tower, at the lighthouse, also watched the coast.

Along with the towers, the 16th century Castle-Fortress of Santa Pola, which protected the sailors and their families from pirate attacks, was another of the infrastructures dedicated to defence. Today it is a cultural centre that hosts events and markets.

Salt extraction continues to be the economic activity that sustains this area, along with tourism, and through its influence it has also shaped the ecosystem that we can enjoy today.

No wonder the Santa Pola Salt Flats Natural Park is a protected wetland of international importance, and declared an Area of Special Importance for Birds. With a surface area of 2,470 hectares, this space has been preserved thanks to salt exploitation, and has become home to flamingos and stilts.

You can visit the Park on foot or by car, and we strongly recommend that you enjoy the views from the Tamarit tower when the sun begins to set. You can also learn about the salt-making process at the Salt Museum. Take our advice: you’ll be amazed.

What would a coastal town be without a promenade? We love Santa Pola’s promenade because it’s so vibrant, full of traders’ stalls and has a great atmosphere, especially on summer evenings.

There is also a promenade in the modern (and most exclusive) area of the town, in the eastern part. It is in front of the Yacht Club and is famous for its restaurants, shops, pubs, chill-outs, live music, puppet shows… and for the incredible sailing boats and yachts moored in the port.

From Monday to Friday, the fishing boats land in the port with the daily catch of fish and seafood. If you’ve never been to a fish auction, you’ll love visiting Santa Pola’s fish market. You can go from Monday to Friday, from 4 to 7 p.m., and watch the buyers bid for fresh fish, with an average of 3,000 boxes of fish being auctioned every day!

After the auction, the fish is put up for sale next to the fishing port, at the stalls of the Peixatería de la Cofradía de Pescadores de Santa Pola, one of the most important fishermen’s guilds in the Mediterranean.

And, as not everything is fish in the Mediterranean diet, we encourage you to visit the Santa Pola Food Market, in the old church square. After several incidents that almost destroyed the church, in 1935 the construction of the current market began.

Meat, sausages, pickles, fruit, vegetables, legumes… fresh, local, top quality products that will delight your taste buds. Every Saturday there is also a fruit and vegetable market in the square, where the locals come, and underneath the square there is an underground shelter from the Civil War!

In addition to all this, it goes without saying that swimming at Santa Pola’s beaches is a must. We tell you about the beaches you can’t miss in the following section.

Santa Pola is the destination of choice for lovers of nature and, above all, of the clear waters of this corner of the Mediterranean. In fact, Santa Pola’s beaches have received the Blue Flag award, which recognises their cleanliness, sustainability and accessibility.

The traditional Blue Flag beaches of the town are Calas del Este, Calas Santiago Bernabéu, Llevant, Tamarit and Varadero. In 2021, La Ermita beach, in front of the church of the Virgen del Rosario, was added to the list.

Santa Pola’s beaches are great for all tastes: quiet and with pine forests to take shelter, crowded and with lots of entertainment and fun, small and sheltered or with large stretches of sand… you name it, it has it all!

What’s more, Santa Pola’s good weather allows you to stroll along the shore or swim in the sea at almost any time of the year. And sports enthusiasts won’t be able to stay away either: beach volleyball, windsurfing, kitesurfing, running, football, yoga… and a swim at the end of the day. Santa Pola’s beaches are designed for you to take care of yourself. What better way to exercise?

And let’s not forget Tabarca Island, a marine reserve 2 km long and 400 m wide, located 16 km off the coast of Alicante. The island was once a refuge for Barbary pirates, before King Charles III repopulated it with Genoese fishermen. You can visit Tabarca directly from Santa Pola.

Now comes our favourite topic: cuisine. Santa Pola’s gastronomy is a blend of tradition, legend and the sea. Seafood rice with the perfect texture, clam soup by the sea or some of the best croquettes that –dare we say it– you have ever tasted in your life… are just some of the wonders that you can enjoy in the land of the sun par excellence.

Santa Pola’s gastronomic tradition stems from its ancient fishing port, Portus Illicitanus. Thus, the unique specimens and the way they are marketed and served have created the Peix de Santa Pola label, a genre that can be found fresh every day in the town’s restaurants: from the most traditional and family-run to the most cutting-edge.

In this post we tell you about the best restaurants to try the specialities of this corner of the Costa Blanca. Make time for it!

The surroundings of Santa Pola

Santa Pola is also valuable for its surroundings. Just a few minutes away are the cities of Alicante, Elche, Orihuela and Torrevieja, where you can access a wide range of leisure options and discover places such as the wonderful pine forests of Dehesa de Campoamor, the golf courses surrounded by Mediterranean forest and the Natural Park of Las Lagunas de La Mata and Torrevieja.

And the provincial capital, Alicante, is great for a day of shopping, culture and snacks.

We could go on and on about everything you can do in Santa Pola, but we’ll let you discover it for yourself. At Sonneil, we have a large number of properties in this area, so that you can live the good life closer to the Mediterranean.

Relaxation, fun, nature, sport, gastronomy… what more could you ask for?

Get your guide to Costa Blanca now