What to do in Valencia: a city for all tastes 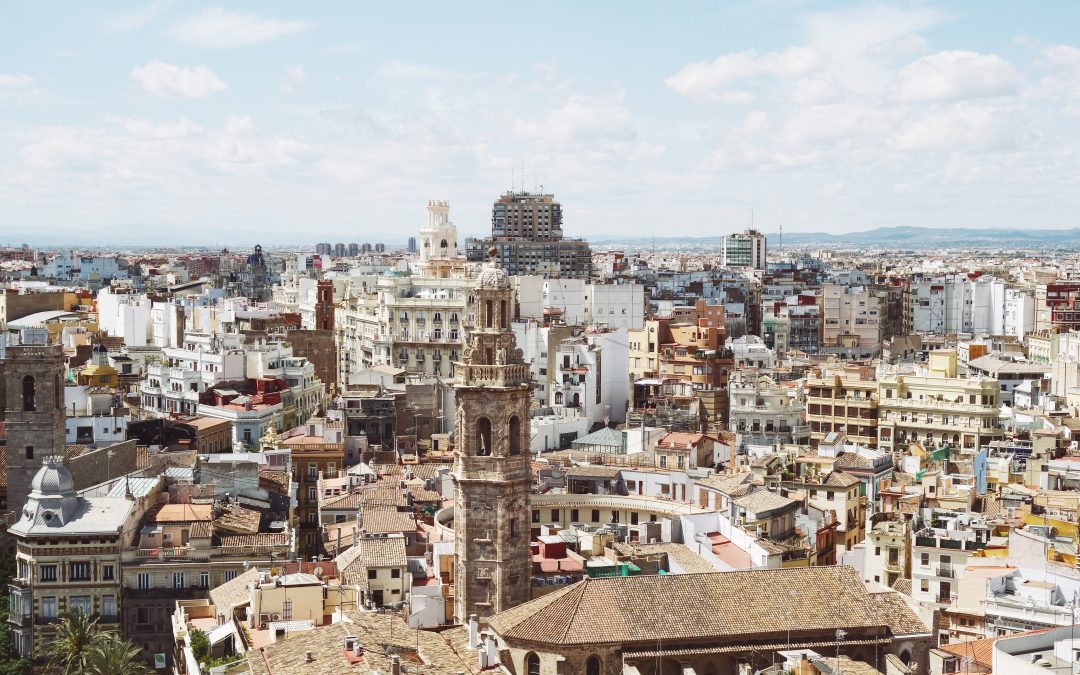 What to do in Valencia? This question has a rather easy answer! Valencia is one of those cities that are gradually revealed by walking through its streets, stopping at any corner or looking up to discover facades and balconies that tell us about its history. Valencia is about good weather, the sunlight and the sea, but it is also about culture, tradition and gastronomy.

We will tell you about our favourite plans in the city that gave birth to figures such as Sorolla, Blasco Ibáñez or Concha Piquer. Because the good life is also about getting to know new places.

It is difficult to write about something as personal as taste. But one thing is certain: among the varied gastronomy of Valencia, anyone can find a dish that will make them go crazy. Not in vain, fresh produce from this area of the Mediterranean is delicious, especially when it comes to vegetables, greens and seafood. How can you verify this? In this post we will tell you about some of our favourite restaurants in the city. Work up your appetite, because all this is waiting for you in Valencia:

Do you like to browse through products? Do you enjoy shopping like a kid in a candy store? In that case, you have to go to Valencia’s Central Market, a must for gourmands. It is the largest fresh produce market in Europe, with over 8,000 square metres and about 300 stalls. This modernist building is a paradise for fruits, vegetables, meats, cheese, fish and seafood… so hard to resist! Also, its architecture of iron columns, its tiles and stained glass windows make it extra valuable.

In one of the most beautiful buildings in Valencia, dating from the beginning of the 20th century and representative of modernism (it is a National Monument), we find the Mercado de Colón or Colombus Market. It used to be a traditional market, and now it houses flower stalls and restaurants of the highest quality. 3,500 m² located in one of the most prestigious areas of the city, the Ensanche. The ironwork and the ceramic details are remarkable. You can really appreciate it from places like Habitual by Ricard Camarena, Ma Khin Café or Manglano. And don’t forget to try the famous Market Beers.

Here comes the good stuff. How is this great variety of fresh produce used? What are the traditional dishes of Valencia? They are apparently simple recipes, but they keep a technique and a know-how typical of the people and the traditions of this area. For example:

All this has given Valencia five Michelin stars and 28 Repsol suns, obtained by some of the best chefs in Spain.

Good, we just treated ourselves to all kinds of dishes. Now, it is time to cultivate the mind. The city of Valencia has more than 2,000 years of history and has been the base of Roman, Visigoth, Muslim and medieval culture. This has become a passion for culture, art and knowledge that is reflected in museums and other settings.

For its “outstanding universal value”, UNESCO has recognized the Lonja de la Seda or Silk Exchange, the Water Tribunal and the Falles as a common heritage of mankind. To find out why, you will have to visit them:

The City of Arts and Sciences in Valencia was a turning point in the Spanish architectural and cultural scene. It is home to the Príncipe Felipe Science Museum, one of the most interactive in the city. Their motto makes it clear: “It is forbidden not to touch, not to feel, not to think”. Its exhibitions are dedicated to the evolution of life and the popularisation of science and technology, spread over almost 30,000 square metres. It is perfect for visiting with the family!

Museum of Fine Arts of Valencia

This is the second largest art gallery in Spain, and we love the rooms dedicated to Joaquín Sorolla, the renown Valencian painter. There are even unknown works by Velázquez! And by Murillo, El Greco, Goya, Pinazo… as well as sculptures, archaeological pieces, and the list goes on! Its 17th century building is a museum in itself.

Needless to say, the natural surroundings is one of the most valuable assets of the city of Valencia. The good weather makes it possible to enjoy the outdoors throughout the year, constantly feeling the Mediterranean air on your skin.

Arguably Valencia’s most famous natural setting, just 10 kilometres from the city. Ideal for getting away from the hustle and bustle while enjoying the sunset on a boat, surrounded by rice plantations, in the forest, on the beach, in the dunes… There is a reason why this ecosystem is chosen by many birds that breed there, as well as fish and insects, surrounded by centenary trees… Also, this is where the paella was invented. That alone makes it worthwhile!

We have a soft spot for the Turia Gardens, one of the largest urban natural parks in Spain! The lung of Valencia is a place to get away, to be surrounded by greenery without the need to travel far. It crosses the city with more than 9 kilometres of walkable paths and recreational and sports areas for the whole family, featuring orange trees, palm trees, fountains, ponds… A fact: the old Turia riverbed used to run through here, but was diverted after the great flood of 1957. And the 18 bridges that cross it speak of the history of the city. Walking through the historical centre, the Turia Gardens go through some of the most important museums and monuments.

No, we are not forgetting about the sea! One of Valencia’s greatest assets is its coastline, represented by its promenade, the beaches of Cabanyal and Malvarrosa, and La Marina, a sports marina that is so much more than that.

And, finally, the city. It is at the centre of life for the people in Valencia, representing the origin of their history and culture.

Romans, Visigoths and Muslims were able to appreciate the advantages of this area. Valencia has one of the largest historical centres in Europe, where we recommend that you wander around without direction, until you reach the Cathedral, the Basilica of Our Lady of the Forsaken, the Central Market, the Silk Exchange… And don’t miss the Carmen district with its cobbled streets, its art centres, the Mossen Sorell market… or the Quart and Serranos Towers as medieval testimonies.

The Ensanche is one of the most chic districts in Spain, which will attract the attention of anyone who loves good shops, restaurants and businesses. Ruzafa is a bohemian paradise, a kind of Soho in Valencia that always has something to offer: cafes, flower shops, vintage clothing stores, bookstores, theatres… If you are looking for unique objects, don’t miss Gnomo. And to get your strength back, go to Canalla Bistró.

Thank you for reading this far and getting a feel for what Valencia has to offer. We still have to talk about its surroundings, which are small Mediterranean paradises. At Sonneil, we offer exclusive properties in the best areas of Valencia.